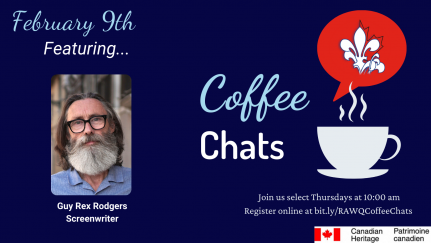 Guy Rex Rodgers, Screenwriter of What We Choose to Remember, will join us on Thursday, February 9th at 10:00 am for our Coffee Chats. Join the conversation!

Guy Rex Rodgers is a screenwriter and graduate of the National Theatre School of Canada.  He has worked extensively on multimedia productions in Canada, Europe and the USA and has also worked in documentary television as a writer and interviewer.

In 2020, on the 50th anniversary of Québec’s FLQ crisis, Guy Rex Rodgers began writing and directing a series of documentaries to examine the evolving sense of identity and belonging in Quebec’s minority English-speaking communities, interviewing dozens of Quebecers in six groups based upon waves of immigration.

His feature-length documentary entitled What We Choose to Remember opened the Hudson Film festival in May 2022, produced with the National Film Board’s Filmmaker’s Assistance Program.  The film has been invited to screenings in every region of Quebec, each session followed by a conversation with the audience about identity and belonging in Quebec.

We have partnered with Canadian Parents for French - Québec & Nunavut, Pierre Elliott Trudeau Elementary School- CLC, Eardley Elementary School, and Chelsea Home & School Association to host French Sing-Along activities.
This initiative is specifically designed for French learners and will be presented both in English and in français facile.
This community learning will provide:
•An opportunity to learn new vocabulary and practice French in a safe environment,
•A connection to local Québécois culture,
•Free snacks,
•A chance to win door prizes, and
•Music to feed your soul!
Target age group: This workshop is specifically tailored for families with children aged 7-13, however older and younger youth can also participate and adults are expected to join in too!
Join us at:
-Saturday, March 18th from 11:00 AM - 12:00 PM at Pierre Elliott Trudeau Elementary School: Gymnasium (2 Rue Millar, Gatineau, QC J8Y 3N3)
Click here to register
-Saturday, March 18th from 2:30 PM - 3:30 PM at Chelsea Elementary School (74 Chemin Old Chelsea, Chelsea, QC J9B 1K9)
Click here to register

Workshop: How to Determine the Right Pricing Strategy 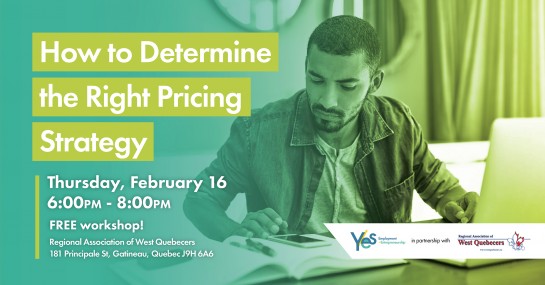 We are pleased to partner with YES Employment + Entrepreneurship to present a session on How to Determine the Right Pricing Strategy. Join us on Thursday, February 16th from 6:00-8:00 pm.

The workshop will take place at our office (181 rue Principale Unit A-11, Gatineau). Space is limited and registration is required.
Then this workshop is for you. Learn how to cost your product or service, how to calculate your profit margins, and define a strategy for channel pricing. The session will be delivered by Robert Therriault CPA CMA, MBA & YES Business Coach.
Click here to register 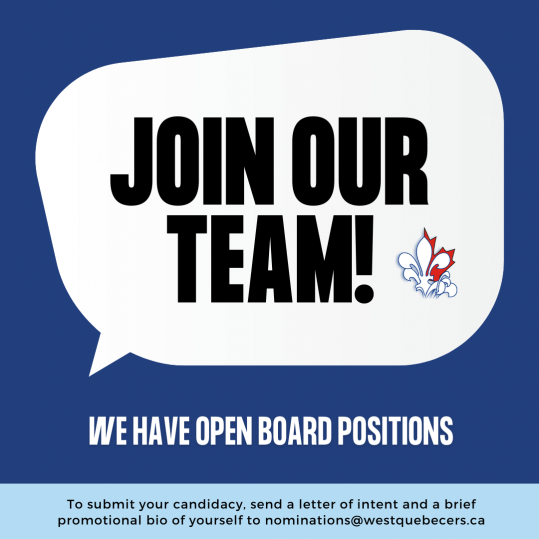 Would you like to make a difference in the region? The Regional Association of West Quebecers is looking to fill two vacancies on the Board.

You have the opportunity to make a significant difference in the English-speaking community. You will help drive change and innovation to improve the community.

To submit your candidacy, send a letter of intent and a brief promotional bio of yourself to nominations@westquebecers.ca. We hope to hear from you! 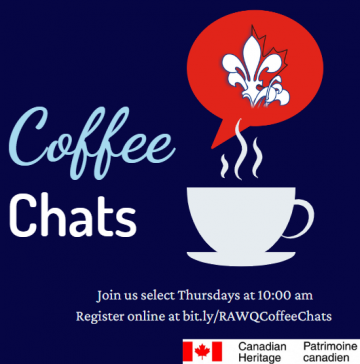 RAWQ Coffee Chats will return in 2023! 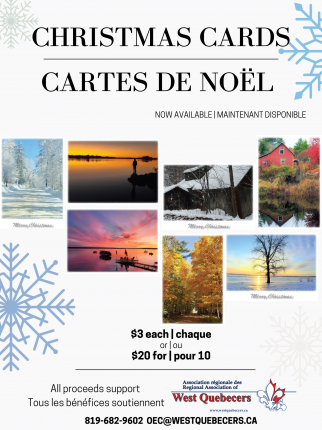 Mark Christmas cards off your list by supporting the RAWQ's Christmas Card Fundraiser.

Spread some holiday cheer with your loved ones this season by sending them a card. Thank you to Anne-Marie Major, Eileen Barry, Sally Keindel, Jan Eastaugh, Lisa Twolan, and William Dale for capturing and entering such lovely scenes across the Outaouais region!
Cards in packages of 10 are available at:
Shawville: Cafe 349, 349 Main Street
Wakefield: Wakefield General Store, 804 Chemin Riverside
Bristol: Cidrerie Coronation Hall Cider Mills, 206 River Road
Cards can be purchased at both of our offices. For more information, please email: oec@westquebecers.ca

Podcast: Our Ancestors and How They Shaped the Land 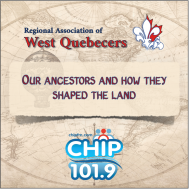 RAWQ was pleased to collaborate with CHIP 101.9 on the podcast series, 'Our Ancestors and How They Shaped the Land'. Four episodes were created that are available in both English and French. Click to listen. 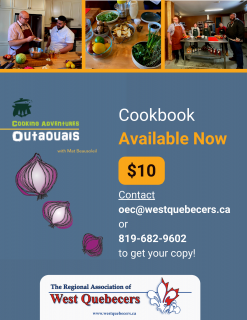 We are a not-for-profit organization dedicated to serving and supporting the English-speaking Community in the Outaouais.

The Regional Association of West Quebecers plays a significant role in initiatives that support the English-speaking community in the Outaouais by means of advocacy, networking, information and programs for youth, seniors and more.

Become a member to subscribe to our newsletters and eBulletin! 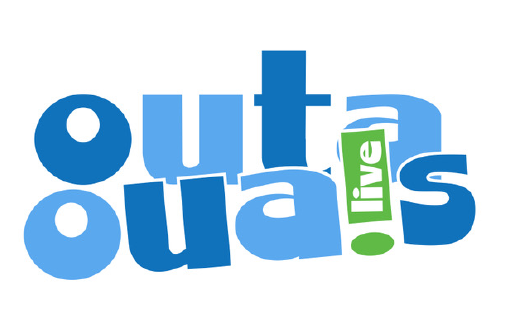 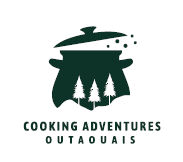 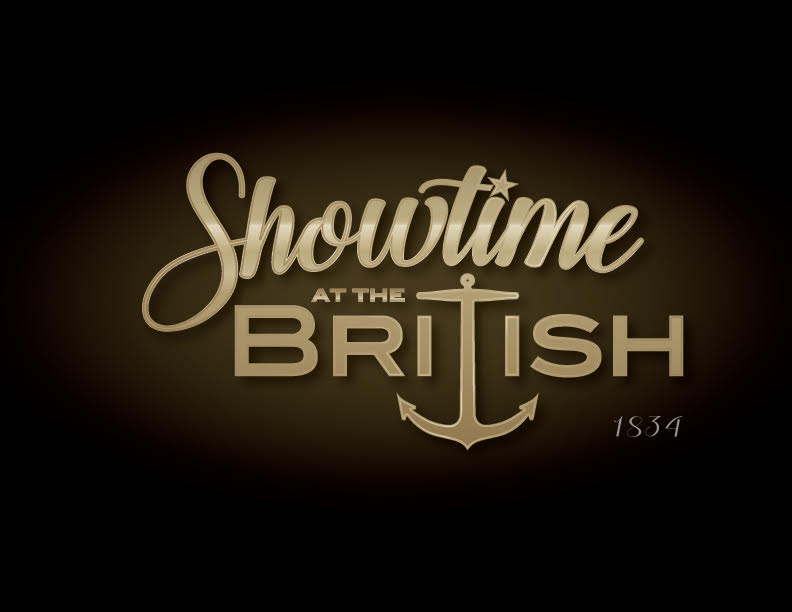